The Erickson Merkel Foundation’s Winter Dummy Race was once again held at Huff Hills south of Mandan recently, and according to organizers it went smashingly.

The event has now been held three years and has seen growth all along the way. In addition to more teams registering year-after-year, more patrons and sponsors provided their support to the event. There was also an increase in the amount of dummies present. Naturally, with more dummies came more crashes.

“This year we were able to secure some sponsorships that allowed us to provide T-shirts for all the team members,” said N.D. Team Captain Jared Klempel. “Beyond that, we had more dummies than ever, and some spectacular crashes. One particular dummy will no longer be with us after finishing its third and final race by smashing into a ski lift pole.”

Local news coverage allowed some additional public interest into the family-friendly event, which awarded prizes for 1st, 2nd and 3rd places, as well as a traveling trophy for Most Creative. This year, the Most Creative prize was split between a father/daughter team, and father/son team.

“It can be hard to get people out to a fundraiser to begin with, let alone in the middle of the winter,” said Klempel. “Luckily the Winter Dummy Race continues to be a great activity for that, and we’re hopeful that it will continue to grow.”

The event raised approximately $500. Photos of the event follow. 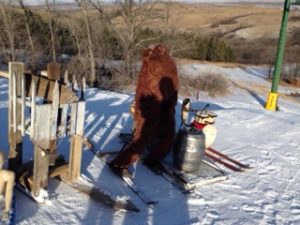 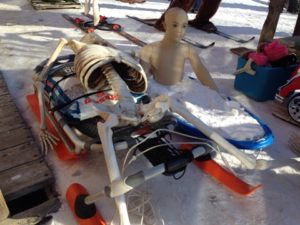 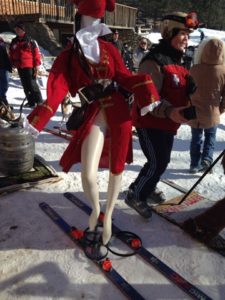 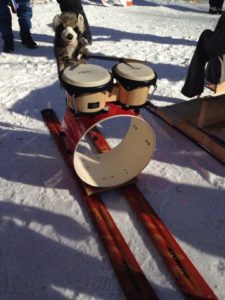 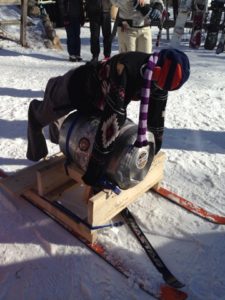 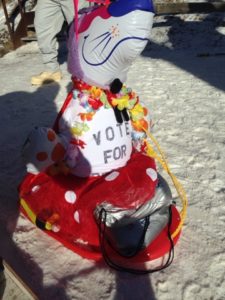